The Bottom Line – A Safety Warning on Gluteal Fat Transfer


Despite its immense popularity, the Brazilian Butt Lift (BBL) is reportedly one of the most dangerous cosmetic procedures to date – one which carries a mortality rate 20 times greater than any other.
And it’s with these alarming stats in mind that a new anatomic study was conducted to highlight critical technical issues to ensure safe performance of the BBL.
Dr Isabel Do Vale reports on the latest findings, whilst dispensing valuable advice and alternative options for those considering a BBL procedure…

Gluteal Fat Transfer (GFT) – a.k.a – Brazilian Butt Lift (BBL) –  is currently one of the fastest growing plastic surgery procedures, with the American Society of Plastic Surgeons (ASPS) revealing the number of BBL’s to have more than doubled over the last five years. Meanwhile, the ISAPS Global survey released in 2018 shows an 11% increase in fat transfers to the buttock, indicating that this trend continues to rise despite warnings that GFT is the most dangerous cosmetic procedure, with a mortality rate approximately twenty-fold greater than any other. 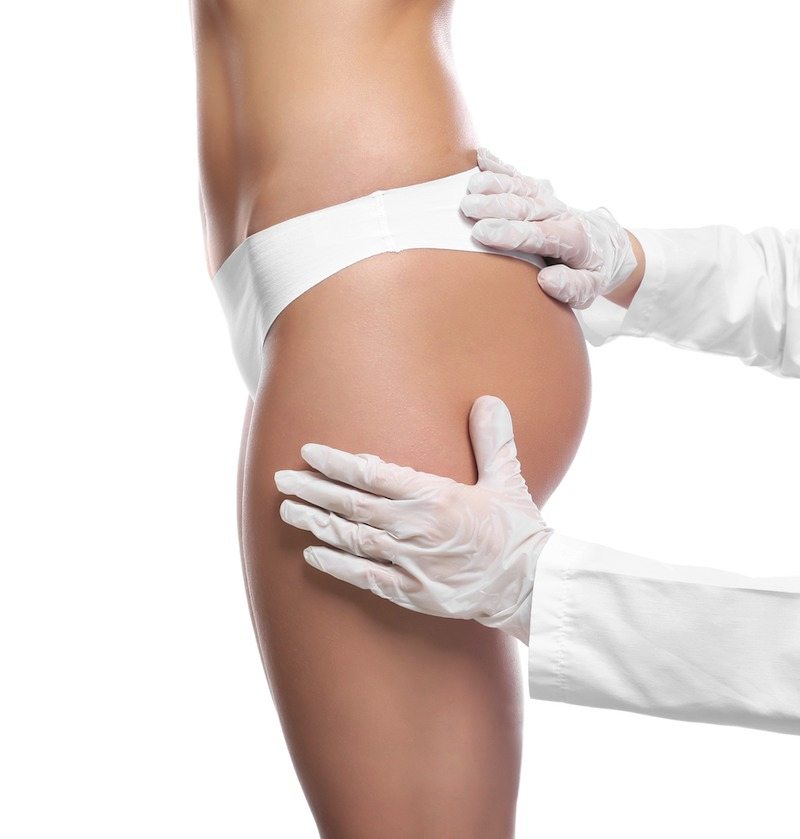 What is a Butt Lift?

During a Gluteal Fat transfer the surgeon removes unwanted fat from an area of excess (such as the abdomen or thighs), processes it and injects it into the buttocks (it is essentially combining liposuction and buttock augmentation). The patient is able to achieve rounder fuller buttocks with the added benefit of recontouring the waist, abdomen and thighs. By injecting fat into muscle, we can improve the survival of the fat cells, therefore yielding better results and contour of the buttocks (which is all due to the increased vascularity of the gluteal muscles). But that’s exactly where the danger comes in. 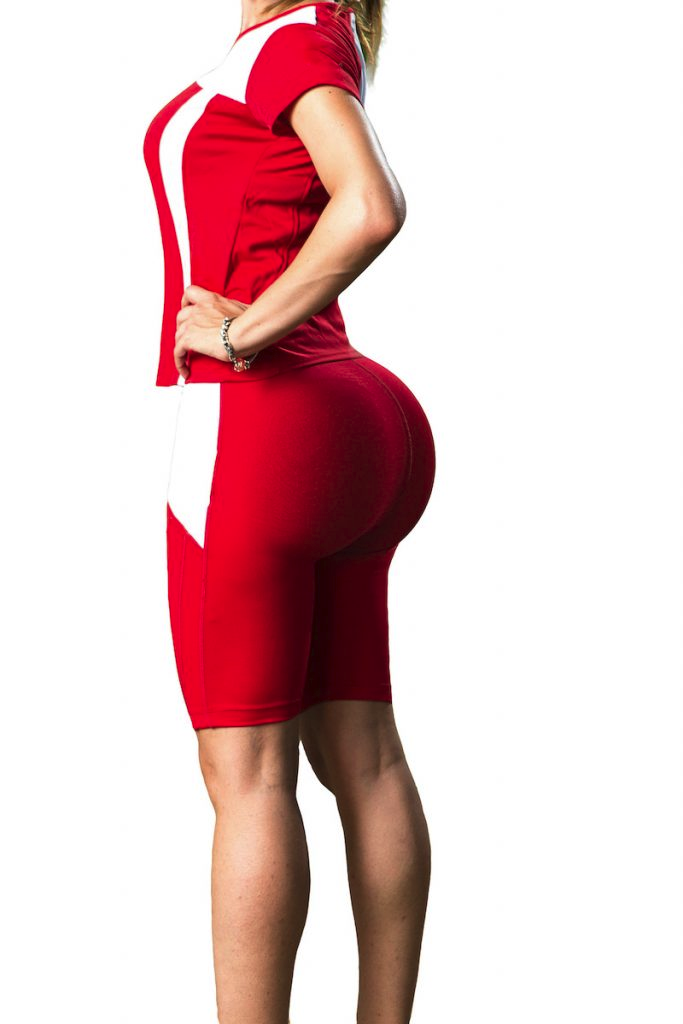 In recent years there has been growing uncertainty surrounding the safety of BBL, especially in the face of an alarmingly high fatality rate of 1 in 3000. Furthermore, BBL not only carries morbidities that result from pulmonary fat emboli (PFE), but in  patients who suffer PFE and survive, they will likely suffer chronic/permanent pulmonary problems. This is three to five times higher than the risk from abdominoplasty, which was previously thought to be the most risky plastic surgery procedure with a mortality rate of 1 in 13,500. 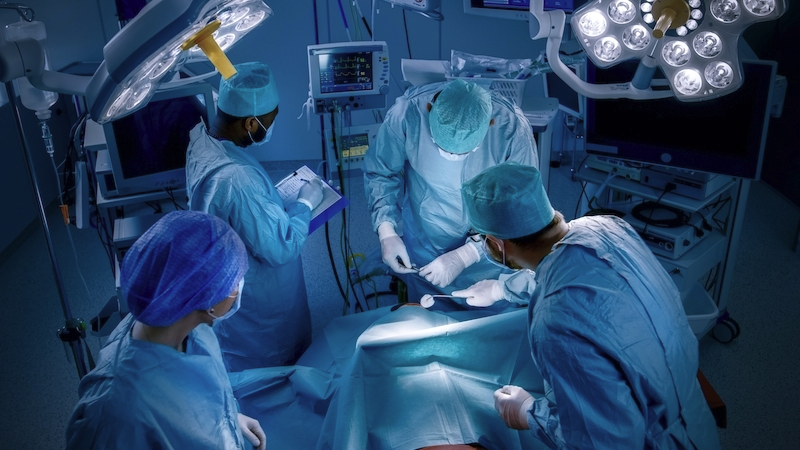 A study published in 2015 made plastic surgeons around the world realise that we were dealing with a grave problem. The study analysed deaths secondary to gluteal lipo-injection in Mexico and Columbia over a 15 year period. Fourteen deaths occurred during the lipo-injection procedure (attributed to macroscopic fat embolism), while another eight deaths occurred within the first 24 hours immediately after the surgery. The study also found that the intramuscular gluteal injection is associated with death that is caused by gluteal blood vessel damage that allows for a macroscopic and microscopic fat embolism.  With this in mind, injection into the muscle planes must be avoided.

BBL and the surgeon skill

The Aesthetic Surgery Education and Research Foundation (ASERF) formed the Multi-society Task Force for Safety in Gluteal Fat Grafting (an international group of doctors representing five plastic surgery societies), to investigate BBL risks and complications, as well as sponsor safety research. They released a 2017 report detailing results of an exhaustive survey which noted at least 25 fatalities in the U.S. in the preceding five years. However, it found that patient deaths occurred despite being operated on by highly experienced surgeons – which concludes that there is no association between surgeon experience and PFE rates. 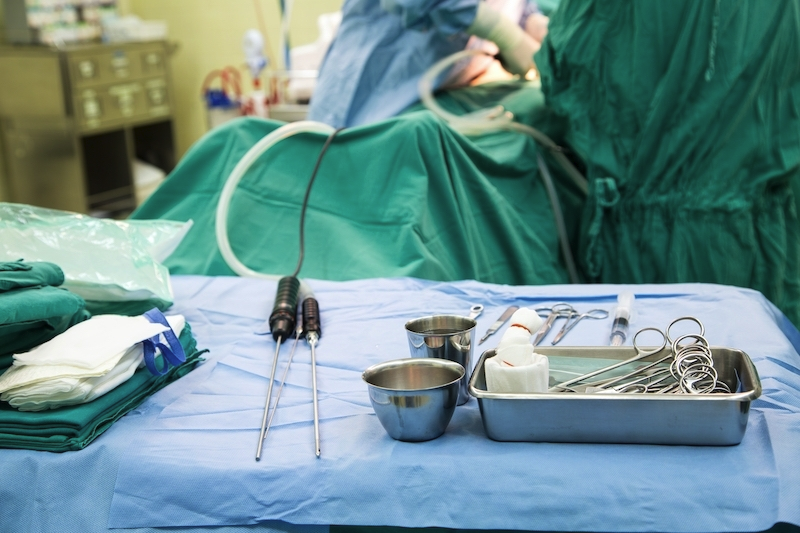 It’s all in the injecting

Now, it appears that when fat is injected into or below the muscle, there is a high chance of unknowingly nicking one of the gluteal veins, which in turn causes a siphon effect. This results in the injected fat globules being sucked into these vessels along a pressure gradient, which travels quickly to the large inferior vena cava and then fast-tracked up to the heart and lungs – causing fulminant massive thromboembolism that can result in death despite immediate attention.  However, this is only possible if fat is injected into a highly vascularized area, such as muscle. To safely perform GFT, efforts should be made to always only inject into the subcutaneous plane, and ALWAYS keep the cannula parallel to the gluteal surface. This is to avoid entering the subpiriformis or suprapiriformis channels where the gluteal vessels are located.

Last year, the Task Force issued an urgent warning along with guidelines firmly stating that harvested fat should only ever be injected into the subcutaneous tissue, or superficial fat layer, of the buttocks – paying careful attention to never inject into or below the muscle. Multiple studies are currently underway around the world to identify techniques that will improve safety and avoid these catastrophic complications.

The British Association of Aesthetic Plastic Surgeons (BAAPS) recently considered banning GFT altogether, but has instead advised member plastic surgeons to stop performing GFT until more information about its safety is available. Furthermore BAAPS president, Paul Harris, released a statement to the press stating that: ‘Anyone thinking of having a fat-graft buttock augmentation should await the emergence of further evidence, and BAAPS will be working hard to provide the public with information to help them with informed consent about this procedure.

Avoiding intra-muscular injection will most certainly limit the size increase that can be achieved during a single procedure, yet it is absolutely necessary to avoid risk and maximise safety.

What are the alternatives?

Sticking to guidelines issued by the advisory will allow plastic surgeons to safely perform gluteal fat grafting. A patient’s own fat is really the best material for buttock augmentation,  yet there are a few other options which will deliver more modest and gradual results (possibly only 50% of the improvement you would achieve with GFT), but with very little downtime.

If you are considering buttock augmentation procedures, please do so safely! First look for an APRASSA member plastic surgeon in your area; discuss your goals and ask about the gluteal fat grafting advisory, while discussing the safest way to achieve the results you want.

Who is Performing your Aesthetic Surgery

WHEN YOU CHOOSE A DOCTOR WHO IS A MEMEBER OF APRASSA, YOU CAN BE ASSURED THAT YOUR SURGEON IS QUALIFIED IN ALL ASPECTS OF COSMETIC AND RECONSTRUCTIVE SURGERY.